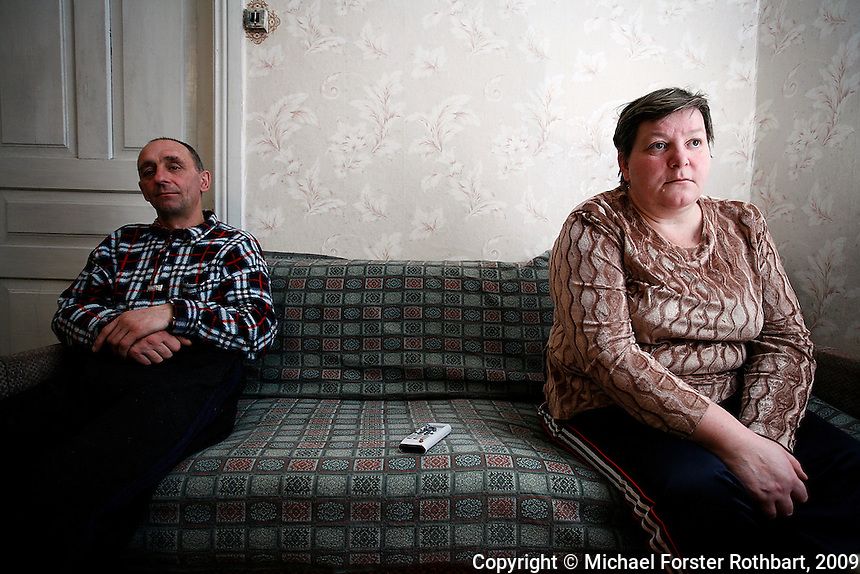 Sasha and Lyuba Boichuk watch a stand-up comedy show during the New Years holiday. Lyuba blames the Chernobyl accident for their son's murder, but Sasha blames himself. At the time of the accident, the Boichuks were just starting to build themselves this house in Sukachi, Ukraine. After some hesitation, they kept building and have lived here ever since.
-------------------
This photograph is part of Michael Forster Rothbart's After Chernobyl documentary photography project.
Filename: UA_Boichuk_S_L09_6210x.JPG
Copyright © Michael Forster Rothbart, 2009